Forest school has been very active since the beginning of the dry season. Unfortunately, Gokong has not been able to join in with forest school as intensively as planned recently due to some new aggressive behaviour he is showing.

There is no clear explanation why Gokong has become more aggressive. One possible cause is that Gokong was bitten by Elaine, a semi-wild female orangutan who was in his social group. She has now been released into the wild at SOCP’s Jantho release site. Since Elaine left the group, Punti became the dominant orangutan in the group. Punti does not bite other orangutans as Elaine did but she sometimes snatches food. The fact that Gokong was bitten by Elaine and then dominated by Punti may have contributed to him becoming more alert and aggressive.

Gokong has been in excellent health over the last six months. The staff will continue to try and take Gokong to forest school as often as possible to help with the development of his forest skills. Staff will also work on building up more trust with Gokong to help alleviate his recent change in behaviour. 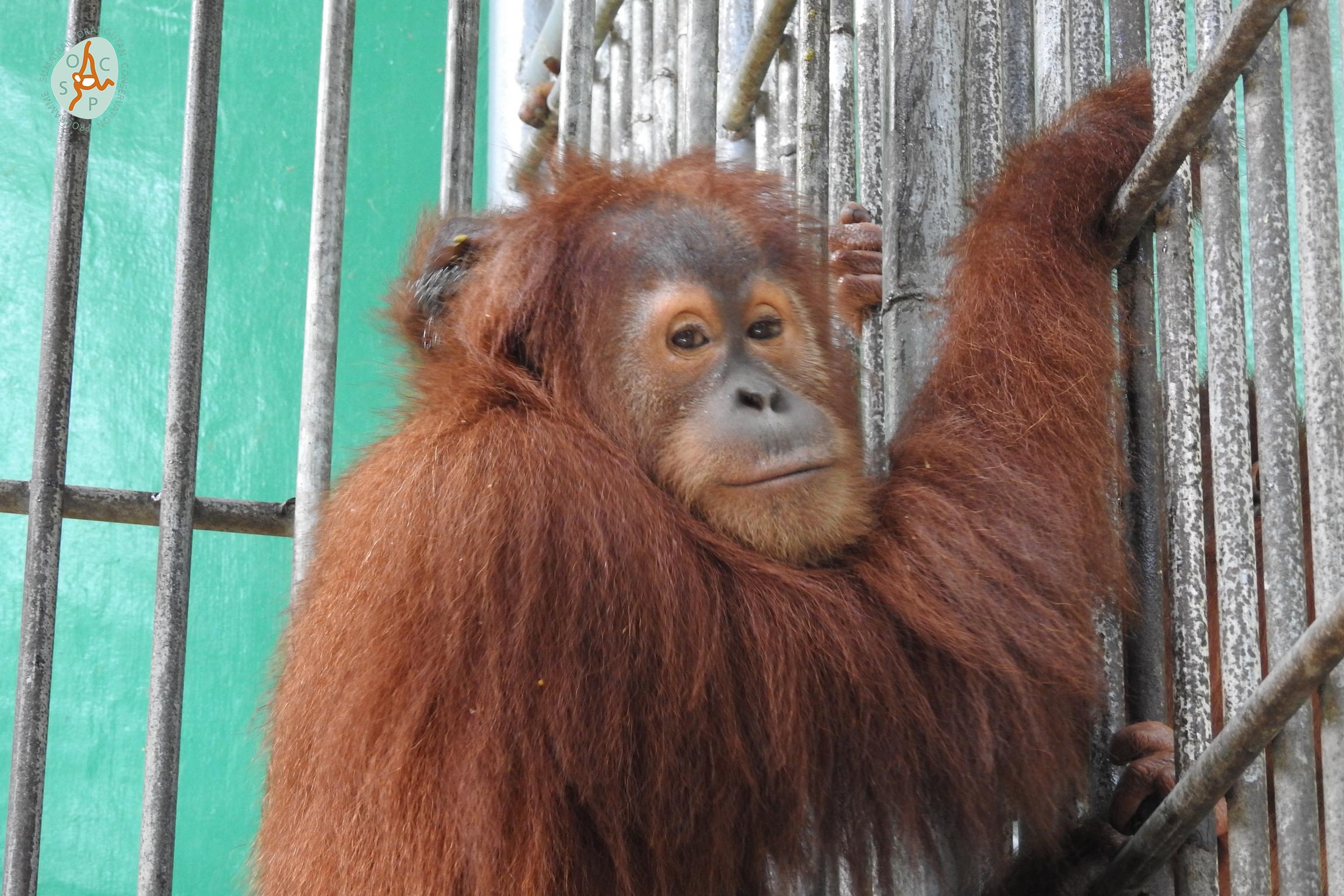 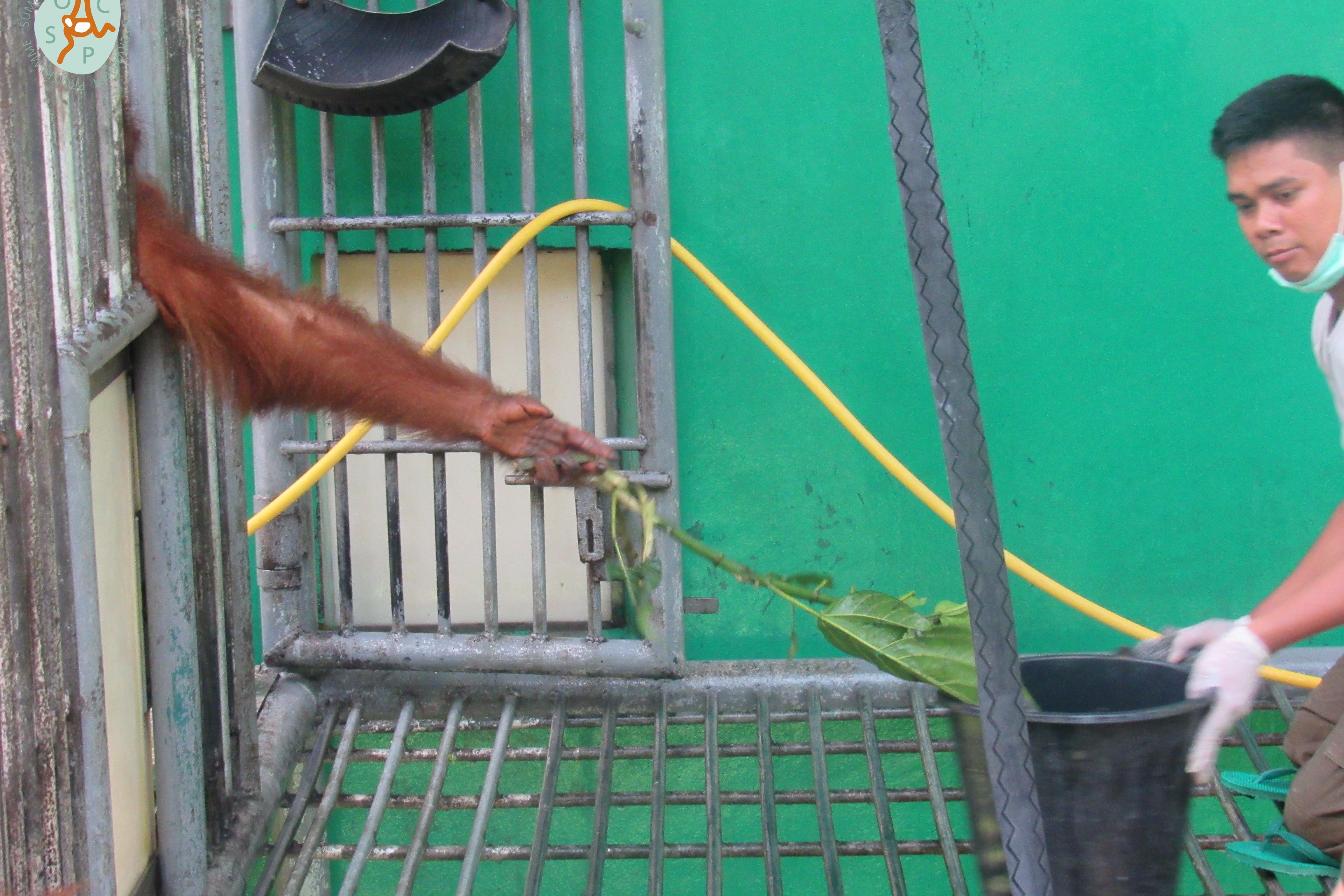 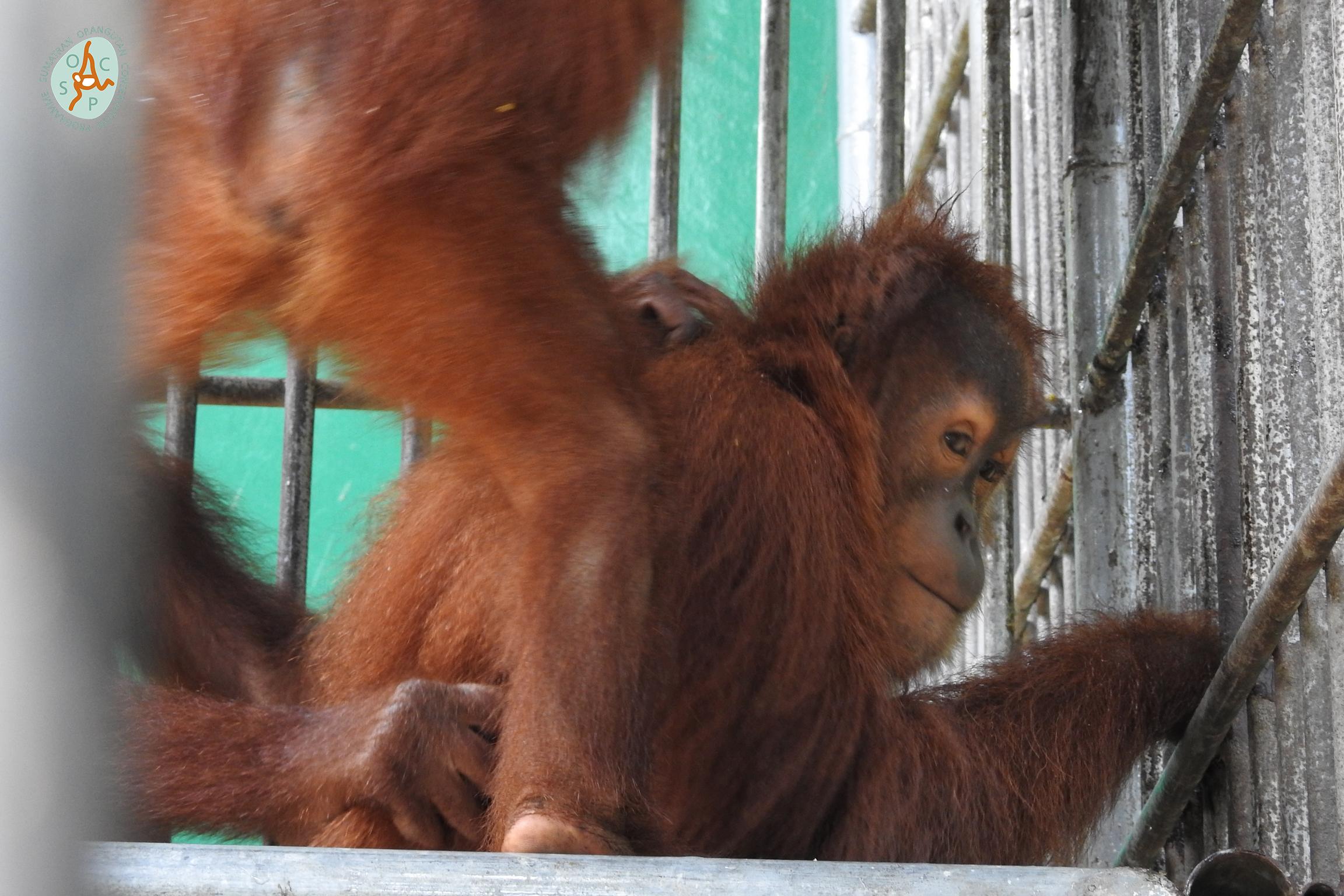