We are so pleased to share with you the news that Dora has been released into the Bukit Tigapuluh (BTP) jungle in Sumatra. TOP has funded this release site and its protection for many years.

6 October 2016 marked the day when seven-year-old-Dora and her good friend nine-year-old-Suna left their night enclosure for good. Dora has been at BTP forest school for five years and has developed her forest survival skills by learning from other orangutans such as Jeky Chan and also exploring on her own.

Dora and Suna were transported to the Sungai Pengian release site, 26km away from their usual forest school area. They were released from their transport crates and they both made their way into the canopy. Dora quickly navigated through the vegetation and found her breakfast served in a fig tree. Suna followed her friend Dora closely and joined in the fig feast.

While they were on the move, Dora found a smooth white tree trunk. She climbed high into the tree and then, whilst hugging the trunk she slid herself a few meters down, and then jumped into dense foliage. Of course Suna was there to watch and then joined in the fun. She was even more creative; she rotated her body and then sped down the trunk head first. Once she reached her destination, she stopped and jumped into the same foliage. Moments later, Dora was back on track, waiting for her turn to enjoy this recently discovered forest playground.

As night time drew near, Dora and Suna settled down in a tree. Their trainers were happy as Dora pulled and bent tree branches to prepare her bed for the night. Dora was never seen sleeping in a nest at night time during her jungle school outings however she often made day nests. Therefore, it was a very positive breakthrough for Dora to build a night nest on her first night of her formal release. Maybe she knew her time had come! Suna would often sleep in the canopy by sitting on a branch and hugging a tree trunk which is not ideal for comfort but her trainers thought this skill would come in time. The trainers left Dora and Suna after they had been quiet for some time and it was dark.

Before sunrise, the trainers arrived under the nesting tree to wait for the girls to wake up. Unexpectedly, trainers saw Suna peep down from a nest. But it was not her nest; it was the nest Dora made the evening before! It appeared that Suna had waited for the trainers to leave the night before and then she stole Dora’s nest, forcing Dora to leave her comfy bed. Shortly after spotting Suna, the trainers saw Dora climbing down from another tree. Poor Dora, she had to move and made a second nest in the night after she was disturbed by Suna.

Dora’s disrupted sleep did not seem to affect her performance in the forest. Our little Dora the Explorer investigated the rainforest early, munched on liana and kedondong fruits, and met an 18 year old male orangutan named Joko. All of this happened with Suna close behind. Joko, who has been living in the forest for eight years sometimes followed Dora to find forest fruit! However, Joko did pull his weight by also finding other fruiting trees and allowing Dora and Suna to follow him and share in the spoils.

Thank you so much to all of Dora’s adopters for helping her to find her jungle freedom. We will send you another update soon to let you know how Dora is progressing in the forest.  Your adoption funds will assist in her post-release monitoring. 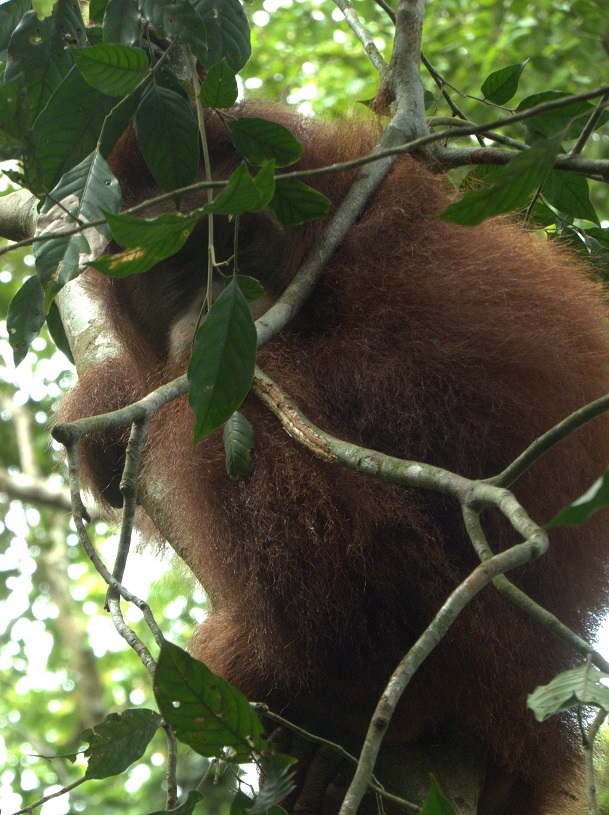 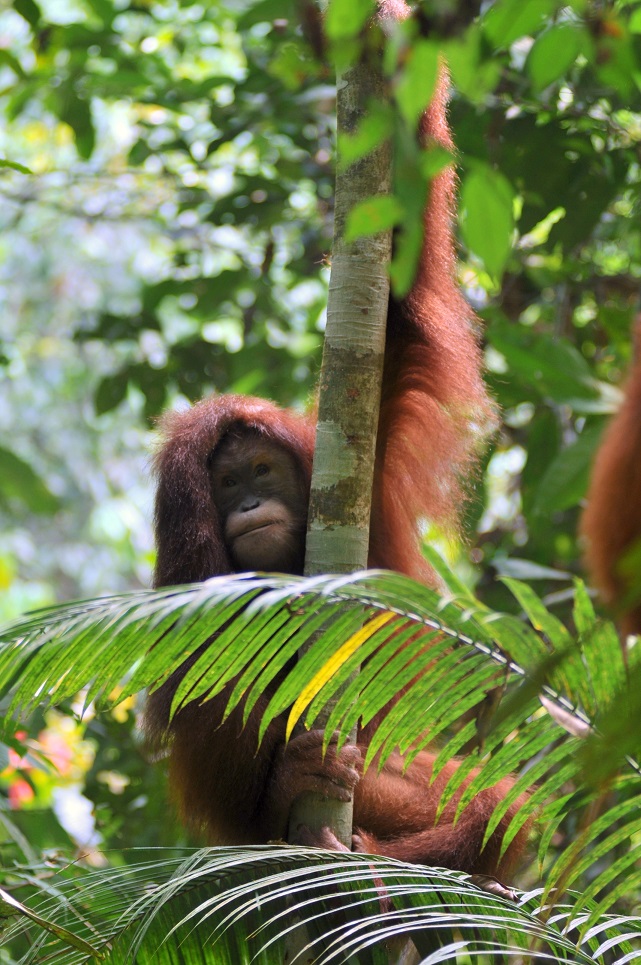 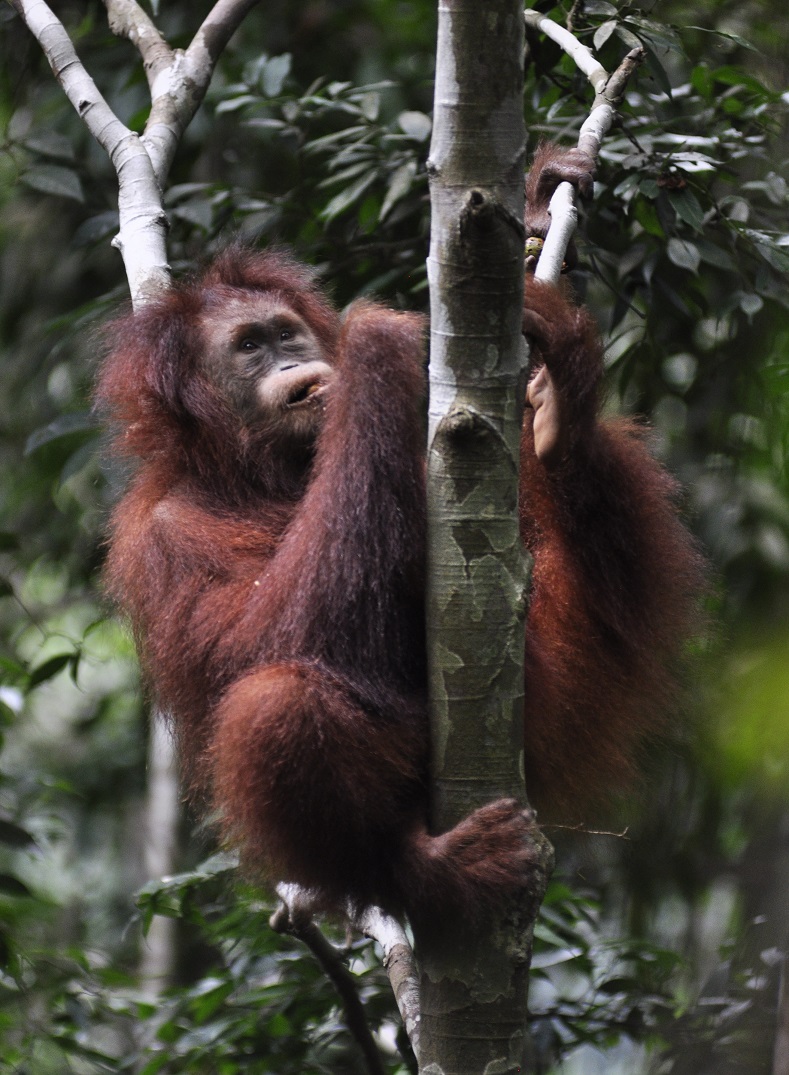