It has been an amazing few months for Gokong as he’s finally moved into the brand new infant socialization facility with his old companions from isolation; Siboy, Bulan and Nadya, as well as his new friends, Jagai and Cece. The move went really smoothly and Gokong seems to be adapting well to his new surroundings. He is relishing the opportunity to explore the larger area. Through being pushed by this new facility, he has become a much better climber, is more precise in his movements, and is now sleeping on the top platform or in high swinging tyres. These traits are all beneficial for a life in the canopy after release.

His best friend in the group, and sleeping partner, is still Nadya. The two young orangutans can often be found playing together, sharing food, or exploring their new home. Gokong has keen social intelligence and he has learnt a lot from the other orangutans in his group, especially when it comes to skills such as tool use and nest building. While Gokong was previously the dominant orangutan, he’s now been replaced at the top of the group’s hierarchy by a new, bigger orangutan named Jagai, who pushes the smaller orangutans around a little bit. This new social status has really promoted Gokong’s independence, however, and, long term, will prevent him from developing laziness, a trait that can occur in dominant male orangutans. To further develop his independence, the keepers have stopped interacting with Gokong. At the moment, he’s a bit unhappy with this new change, often throwing tantrums, however, once again, this will greatly improve his prospects post-release.

Gokong still loves to eat all of the food he can fit into his mouth, and doesn’t have any favourite. He now weighs 13kg. Moving to the new facility has provided him with a huge amount of food-related enrichment opportunities, his favourite being the puzzle boxes. Gokong is still learning, but he has quickly become one of the best in his group at manufacturing a tool to insert into the puzzle box for food treats. This keeps him busy for hours. These activities are improving his motor skills and problem solving abilities and provide vital stimulation. 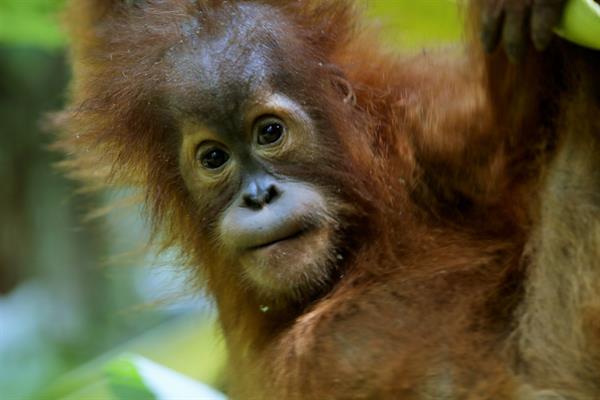 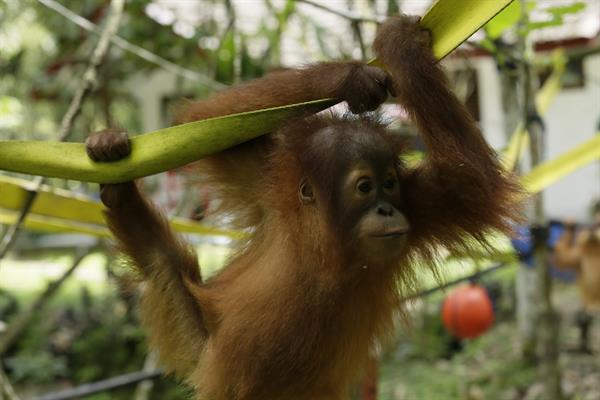 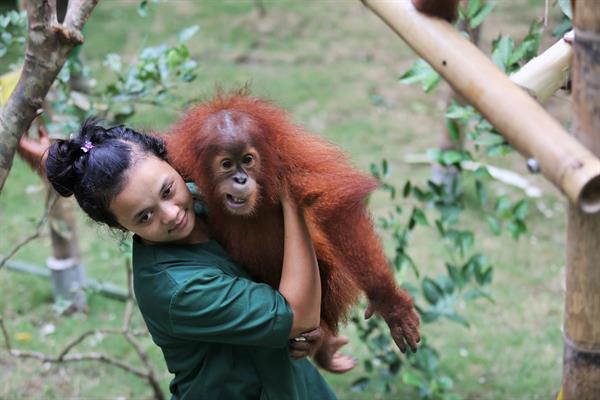