Rocky continues to be very social and active on Ali Island at the IAR orangutan rescue centre in West Kalimantan. Rocky has excellent interpersonal skills with the other orangutans on the island. Although orangutans are considered semi solitary creatures, social interactions provide them with more stimulus in their environment, thus compensating for the inevitable restriction of complexity and  unpredictability that semi-captivity has when compared to the real wild. Moreover, social skills  may help adult flanged adult males to better interpret their counterparts behaviour and power, resulting  in lifesaving responses in the future once they are in their natural habitat.

Rocky usually spends his mornings foraging for food and spends his afternoons playing with  other orangutans. Rocky is an excellent forager, successfully searching for and feeding on wild  fruits, termites and pieces of bark. Even though he is able to get all his nutrition needs from the  forest, Rocky does not turn down easy food brought by the orangutan carers.  Rocky is  not a fussy eater at all, so he usually feeds on whatever is available on the menu. However, if he can choose, he will usually choose sweet potatoes, corn and ripe bananas first.

Rocky also loves playing with the enrichment, favouring hessian sacks filled with  coconuts and sewn up, and papaya stalks filled with mixed nuts. Rocky is growing up quickly and now weighs more than 30 kilograms! It’s wonderful to see Rocky doing so well on his rehabilitation journey.

Rickina currently resides on Ali Island at the IAR orangutan rescue centre in West with another 15 orangutans of similar age  and size. She still shows great independence and still enjoys ‘alone time’, rarely socialising with  other orangutans, especially males. Previously, Rickina routinely hung out with male orangutans named Onyo, Anjas, and Pedro. However, it seems she has reached that age when female orangutans find teenage male orangutans very annoying and she is currently spending more time with her female counterparts on Ali Island.

Rickina is still an active forager, getting almost half of her daily intake from food that she finds  herself on the island. However, she never misses the chance to receive some free food and is always in attendance when the orangutan carers deliver the food provisions. Despite being a great forager, Rickina doesn’t move too far around the  island. She has already discovered which food items she prefers, where they are located on the island and she prefers to stick to what she knows. This is a very smart strategy, one that wild orangutans use a lot in the forest to save energy. Rickina is also very arboreal which is another positive sign that her rehabilitation is succeeding.

Rickina is often seen building her own nest from scratch, however there are days when she is less active  and just modifies an old nest to sleep in.  It is wonderful to see Rickina further develop her confidence and skills on Ali Island.

Photos: Rocky photos on top row and Rickina photos on bottom row and video of Rocky in the island canopy. 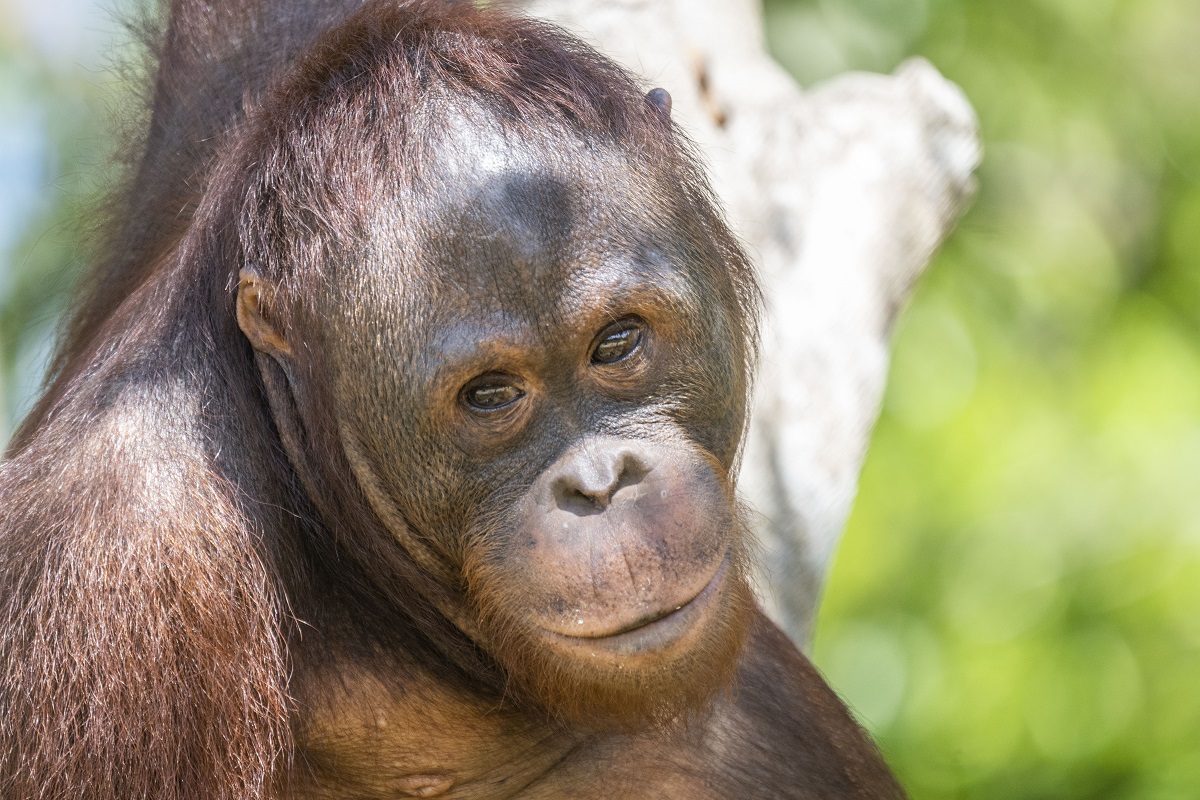 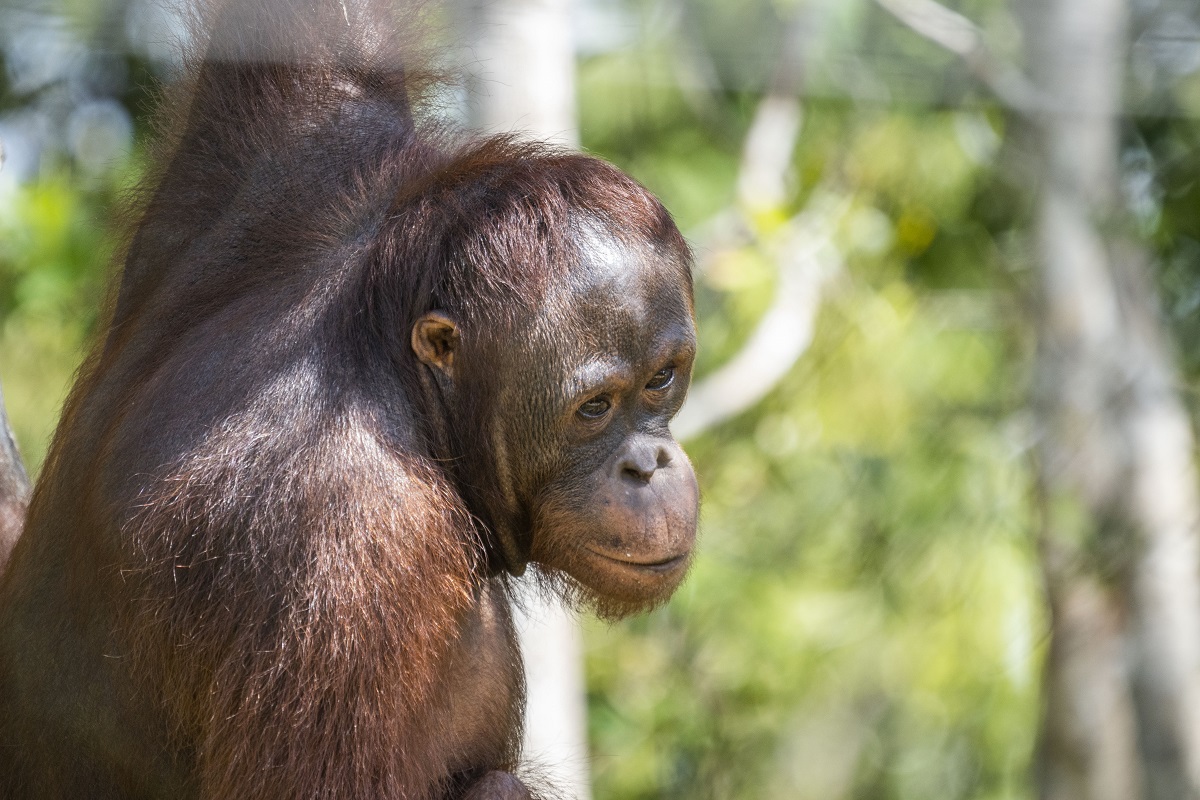 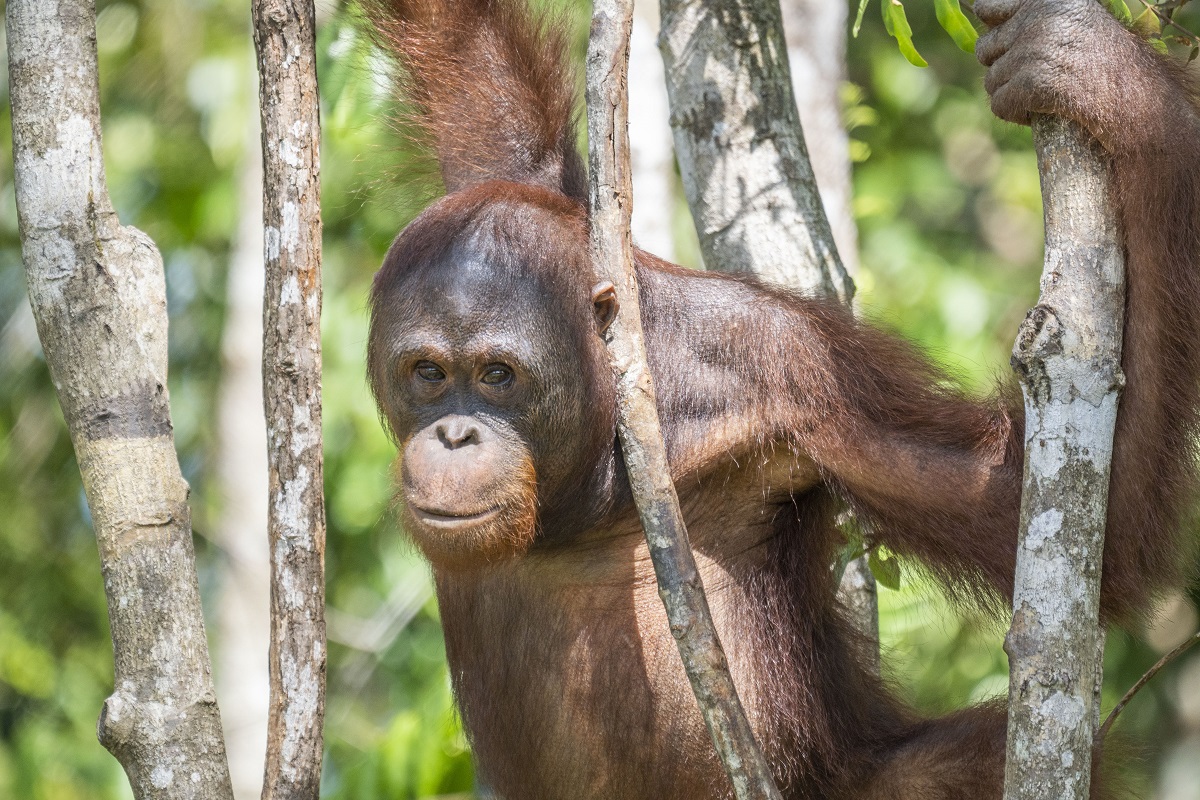 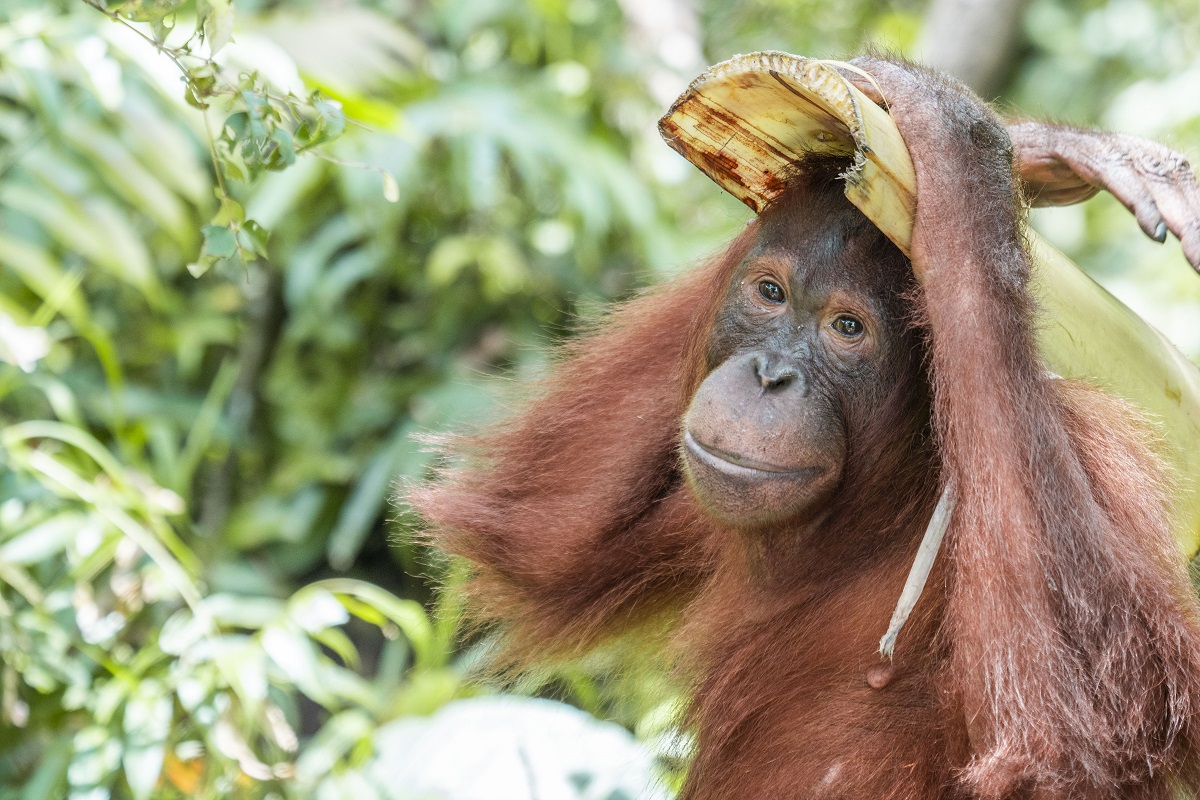 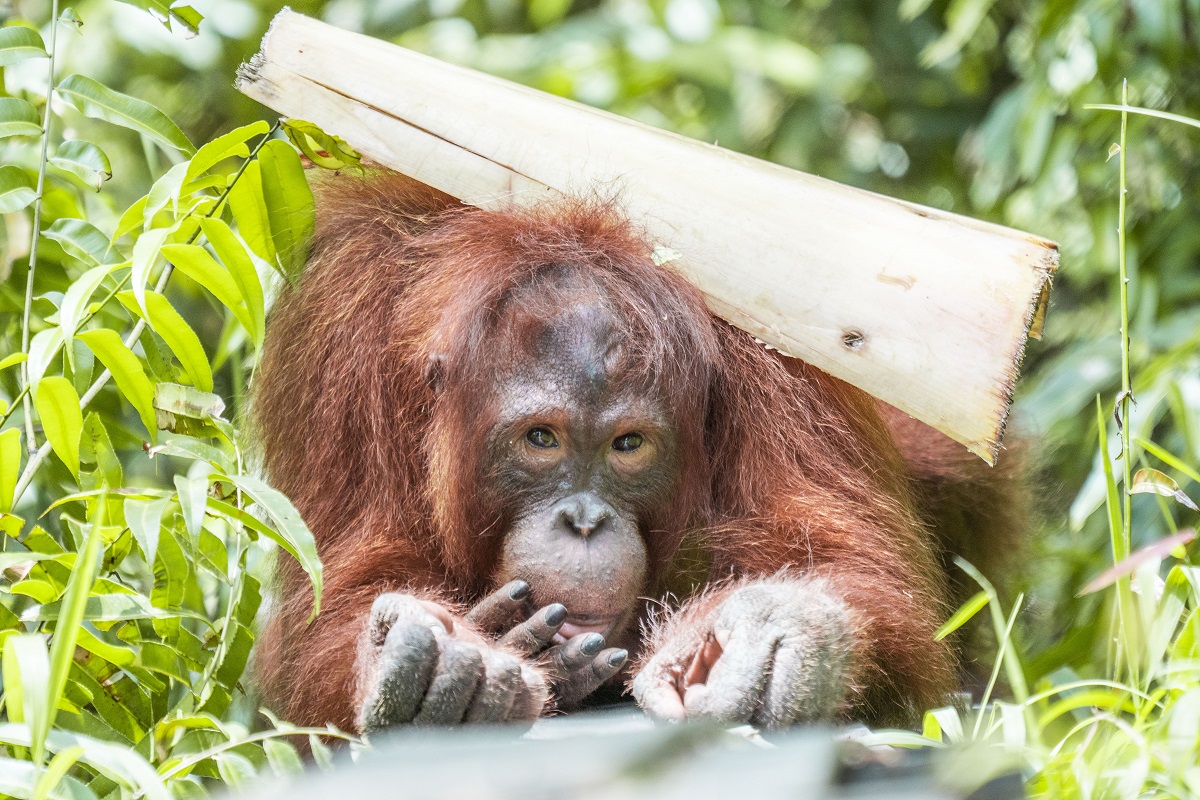 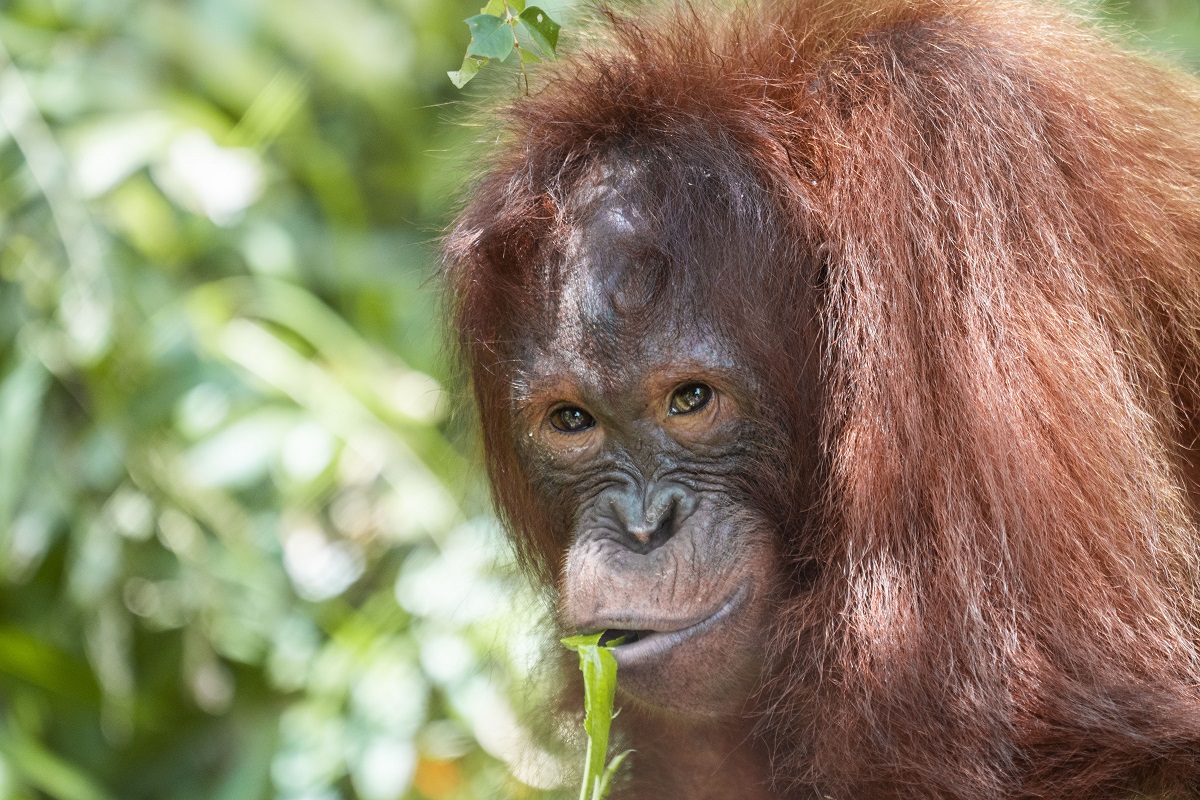